This is an incident that happened a few years ago. Till that time, I had never ever in my life, cooked either chicken or biriyani.  Armed with my mom-in-law's recipe, I ventured out (to the kitchen) to prepare chicken biriyani.

I was confident that I could get it right (may be a little over confident seeing the end results) and impress my husband - how cool would it be for a vegetarian to prepare chicken biriyani? Impress him, I did, but for a whole different reason.

I followed the recipe exactly for the first 3-4 steps. Then, the smarty pants that I am, I decided to deviate from the recipe and planned to pressure cook the chicken pieces to save some time. Even at that time, I knew (with my limited knowledge of cooking) that I should add water when pressure cooking.

So, in went the water.

(Note: You can pressure cook the chicken pieces along with the spices , and it does save time, but do not add water while pressure cooking) .

After a couple of whistles from the pressure cooker, I waited (im)patiently for the steam to escape. I was expecting to see well cooked chicken with just enough gravy when I opened the lid, instead I saw chicken pieces swimming in a pool of stock - more than the water I had added.  My five liter pressure cooker was almost ¾th full with stock.  Even to me - the novice cook -  that did not seem right. But I was not sure whether to throw away the stock. What if I lose the flavor of the biriyani if I throw away the stock? (We have adapted the recipe to use this stock)

By the end of my boiling saga,the stock had more or less dried up; all the chicken pieces had cooked "very well" and had become mushy. They had separated from their bones (and may be the bones themselves had cooked to mush 😉 ).

It was much past the lunch time,  and my husband kept asking me "Is the lunch ready?" about a 100 million times. But see, the lunch was not ready. I still had to "dum" (steam cook) the biriyani for about 20 minutes.

To put it mildly, the end result was not as "impressive" as I had envisioned it to be.  But, I guess, my husband was really "impressed" by the fact that I could torture the life out of a perfectly dead chicken 😉 .

After a few trial and errors and a lot of help from mom-in-law and sis-in-law (both experts in cooking biriyani ), I have figured out how to make chicken biriyani using this recipe.

In this recipe,the chicken and rice are cooked separately and then layered. The layers are then steam cooked (dum) on stove top. 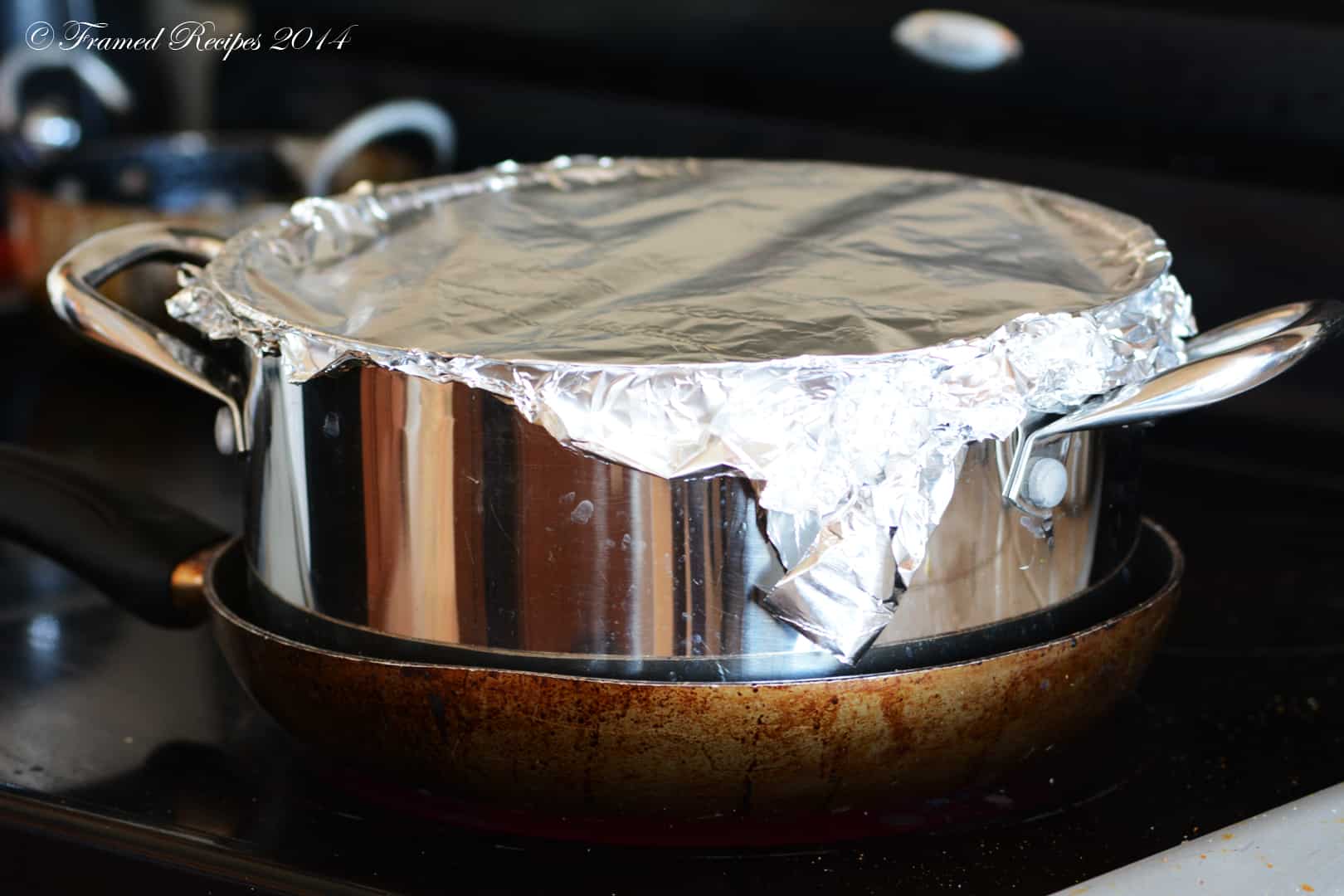 Steam cooking the biriyani on the stove top was always a nightmare for me.  There was always this lingering fear whether the rice will burn. But my friend Salma taught me this technique.

If you have an old big skillet, do not throw it away, you can save it for this step. What you do is heat a skillet (big enough to hold your pot with biriyani) and place the biriyani pot on the skillet. Since the vessel containing the biriyani is not directly on the stove top, the rice layer will not burn. This has worked perfectly for me every time. Thank you,  Salma for the idea.

Preparation for the ghee rice

Even if you do not get a lot of stock (to be later added while preparing ghee rice) to remove from the chicken gravy (step 5 of prepare the chicken gravy) - do not worry. You can use water to cook the rice.

Biriyani tastes good if you leave it to rest after preparing for 4-5 hours (or more if possible). Just reheat either in the microwave or in the oven just before serving.

Hi! I am Sree and welcome to my sweet little corner of the internet! Good Food = good mood! This blog is all about celebrating good food – from desi (Indian) to videshi (global).