Cool As A Cucumber

It was a comparatively hot spring day here in my part of the world.  Yes, these days 70 degrees Fahrenheit (21 degrees Celsius) is scorching hot for me ;).  And my family craved something as cool as a cucumber (yes, cliche, I know). 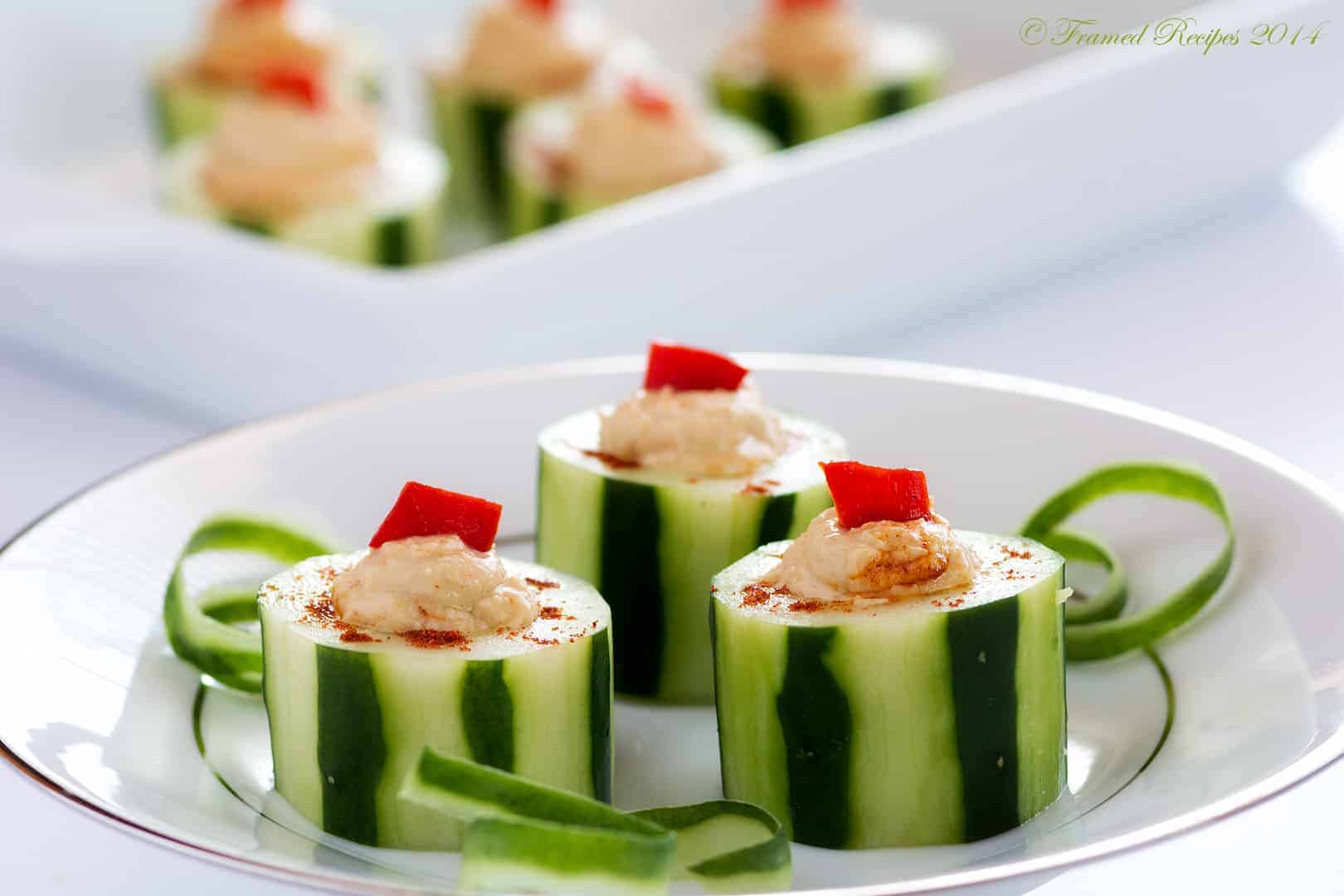 These hummus-filled cucumber cups were inspired by the street-side vendors of Chennai . Chennai is the capital city of Tamil Nadu and is one of the major cultural and educational centers of South India. I was working in Chennai for a few months soon after I graduated. I loved most of the things about Chennai - the lovely beaches, especially the Besant Nagar Beach, the weekend shopping at T-Nagar, the Kadalai Sundals from roadside vendors, the Saravana Bhavan restaurant that served Sambhar Idlis (drizzled with tons of ghee).

The only thing I probably did not like about Chennai was its weather. In my humble opinion, there are only three words to describe Chennai weather around the year  - Hot, Hotter, and Hottest. There was nothing much you could do about the heat. We used to visit a mall (probably the only air-conditioned mall at that time) called Spencer Plaza and spend time there. We could not afford to buy anything from the mall, but we would still go there on weekends - just to chill, literally.

There were vendors selling tender coconuts at every street corner. But, sometimes, I felt that the scorching sun even dried up those tender coconuts. The best thing about Chennai heat was that there were roadside vendors selling cucumber sprinkled with their own unique spice mixture. They would slice these long and slender cucumbers vertically, sprinkle some of their magic spice mixes,es and when you bite into it, the body immediately cools down - the mild juices of the cucumber mixed with the spices (chilli powder and salt were definitely two of the ingredients) would create a riot of tastes in your mouth.

I wanted to make something along those lines, but I wanted something more nutritious and filling. I remembered some of the cucumber cups I had seen on Pinterest. So I made some hummus and filled the cucumbers with dollops of it and garnished it with itsy-bitsy pieces of roasted red pepper. 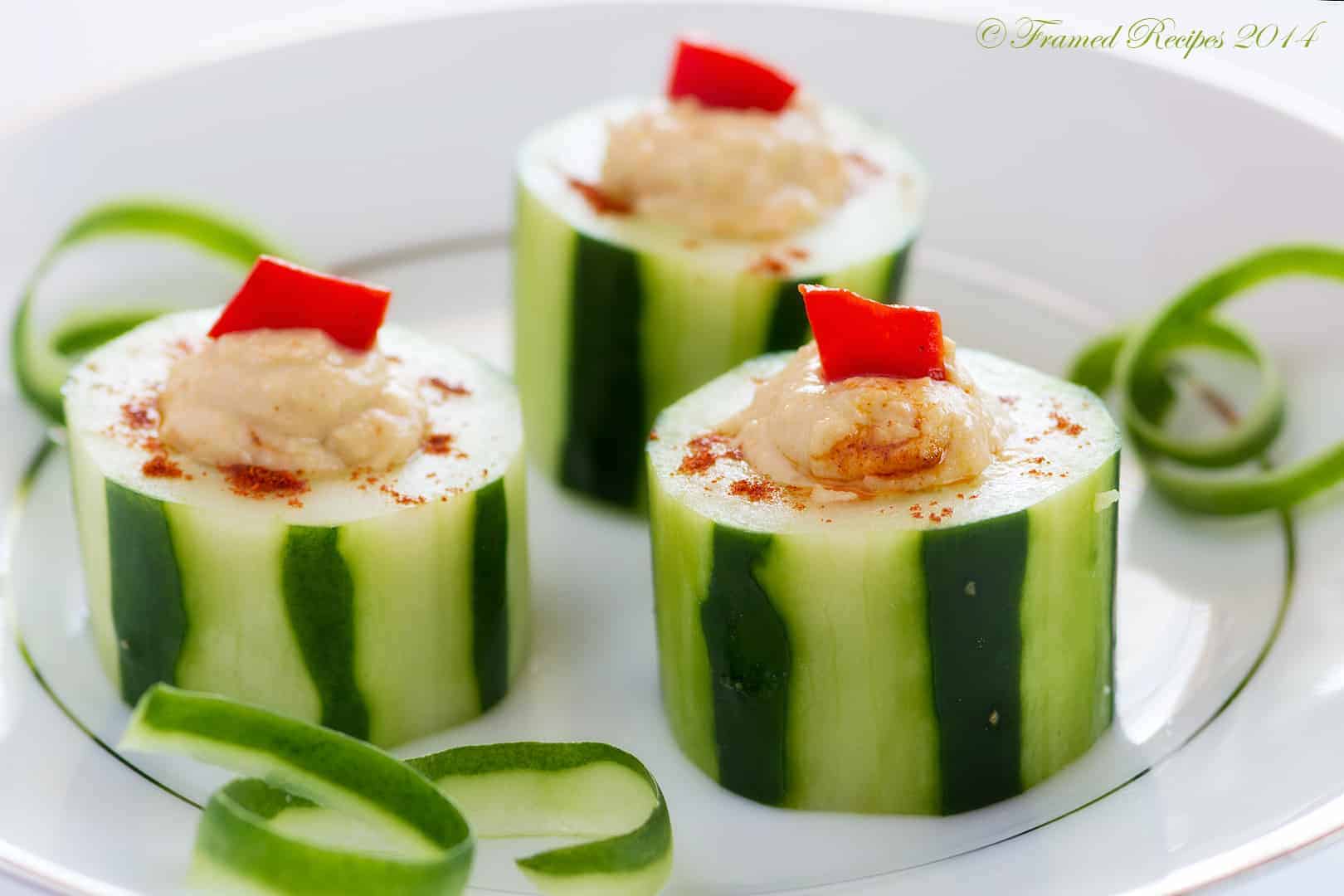 1. You can use Paprika (mildly hot pepper) instead of Cayenne.
2. If you don't have roasted red peppers, you can use sliced green or black olives to garnish.